June 29th is a curious day

What is up with these kids of mine? They are all gone as of Monday. And

what is up with June 29th? This is the second year in the row that I have bid farewell to one of my OS on that blemished day. When I told my boys that I wanted them to be confident, independent people, I wasn't thinking they were going to take me seriously! When I told them to go where the Lord wanted them, I still hadn't finished praying specifically that it was just going to be up the street not far away as in West Point or Guatemala! Zheesh!
How come they listen to me about developing into their own person and following the Lord's leading but these guys can't seem to remember to pick their clothes up off the floor?? Kids these days...
The house is now empty. Nate has been gone for two weeks at Camp Buckner until 15 July (I wrote it the Army way ~ huah.) He is doing fun things like shooting stuff, sleeping on rocks and other assorted merriment. Ike, my not so little orange-haired, freckle-faced 12 year old left for Crossroads, a Christian summer camp complete with a tummy ache just prior to leaving. Miss me! 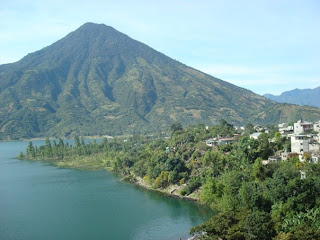 And then there's my middle OS whose journey-bound to Guatemala. Wasn't I the one who prodded this kid in the fall? "Aaron, you really should go. Aaron, this trip is made for you ~ you're gonna love it and it will mess with you (in a good way.) Aaron, I'm tellin' ya, you really should pray about doing this..." He listened and now look at me. Waa.
This will be Aaron's first trip overseas and it's without us! What was I thinking? I truly believe this is where the Lord wants my boy and I am excited to hear about all that he experiences along the way. I know my OS will have a blast as he uses the talents the Lord has given him to minister to the people he encounters but I am admittedly human and already miss him.

We took the OS to the airport yesterday and I think if it had been possible he could have flapped his wings and flown to Miami all by himself. "I'm pumped!" was the frequently heard sentence for the last two days. I hung onto my OS's neck and once outside my grasp, Aaron strode confidently to the security gates. 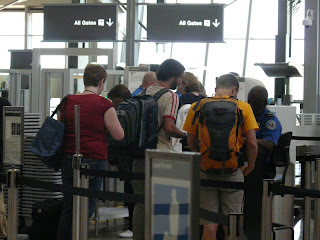 Just like his brother on R-Day, Aaron never turned around and ran back into my arms - my open arms that desperately wanted to hold him back but didn't because it would have been way wrong. 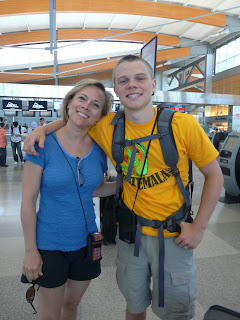 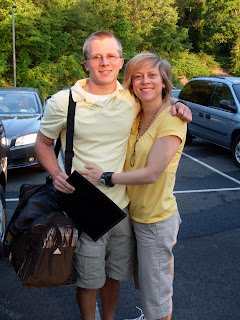 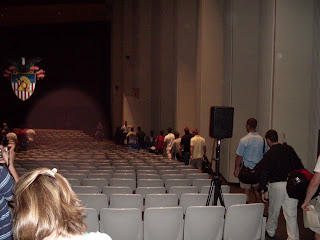 Instead, just like his brother last June 29th on R-Day, Aaron moved forward to his destination and never looked back. I guess those are indications that just like his brother, Aaron was ready to leave. Not because he hates his parents or his life but because it is time. That is a good thing, right??? Somebody tell me "Cindy, this is a good thing!"
Three girls going on the same mission trip were flying out on the same flight. It was delayed by four hours and I distinctly recall talking to Aaron and he said he was having fun with his "friends." They even all sat together on the plane! We spoke to him later that night and he was giggling and having trouble finishing our conversation. Why? He was having fun with his "buddies" already cracking jokes with the fellas on the trip. 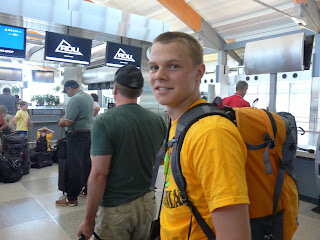 The fourth of July is this week but I think June 29th is fast becoming our family's Independence Day.
Posted by MyAwesomeOliveShoots at 8:13 AM

Yeah for your second son!!! I know you are proud of him and I can't wait to see all the God will do in his life in a very short time. He will come home a different person!
Letting go step- by- step is very hard!But, you are doing a great job...hang in there!

Mrs. Winter-Hartley,
this is aubrey and i am here in guatemala as well. i had the chance to actually meet aaron here this morning. its going great, i'm sure you have heard some things from him. i'm going to try to get ahold of him as well as the other contributers on our blog to see if they want to post something on there too.
so yeah. i just thought i'd say hi.
aubrey

Cindy:
This is a GOOD thing! You continue to amaze me with your writings...sharing your OS stories...I feel like I know them (and you!) I'm very thankful to FB ~ I've found a FB and blogspot friend!!! Keep up the fantastic work!
Lorrie

Cindy,
This IS a GOOD thing! It means you (and hubby) have done your job! You've brought your kids to a point where they still need you, but can survive and even thrive on their own. We've met them and it's no surprise-they are great kids. And God has great plans for them!

MyAwesomeOliveShoots
This is the life of a former strident existentialist, agnostic feminist who came to know Christ. I'm a wife, writer, and mama of three sons ages 22, 17 and 15. My oldest son is a 2012 graduate of the United States Military Academy. My lifelong goals are to raise three sons who love and serve Jesus their entire lives and also put the toilet seat down after using it. If I do that, my work here on earth will be done.